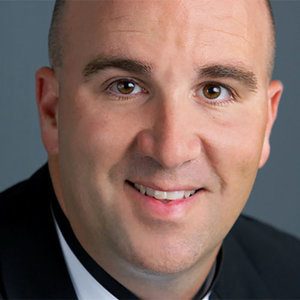 After graduating from Indiana University in 1996 with a Bachelor’s Degree in Music Education, Matt Harloff was appointed the Assistant Band Director for the Avon Band Department in Avon, Indiana. He earned a Master’s Degree in Education from the University of Indianapolis in 2001.

Matt is the assistant director for all five concert bands at the Avon High School. Avon Concert Bands consistently received superior ratings at the Indiana State School Music Association Organizational Contests. The Avon High School Wind Symphony has had the honor of performing at the Indiana State Concert Band Championships and was awarded the Indiana State School Music Association Concert Band State Champion in 2012 & 2014. In January of 2008 the Avon Wind Symphony performed at the Indiana Music Educators Association conference. Mr. Harloff is the director of the Avon Brass Choir and also led the Avon Trumpet Choir in a performance at the 2012 IMEA Conference. Mr. Harloff is the assistant director to The Avon Marching Black & Gold where the group has won 15 state championships. The Avon Marching Black & Gold is a consistent Grand National Finalist and Grand National Champion 2008, 2009, 2010.

Matt & Ben Harloff have joined DCI Hall of Fame Member Michael Klesch to create H2Ksound. H2Ksound is committed to giving back to countless music educators and their students with helpful materials, music, arrangements, and much, much more. Matt & Ben are coauthors of 2 books from their “Inside the Circle” Series: Inside the Circle: A Proven Method for a Successful Marching Band and Inside the Circle: Off-Season Training. Both books have been overwhelmingly successful and have helped countless directors and students.

Matt Harloff is proud to be a Yamaha Performing Artist.

Matt is a native of Mt. Pleasant Iowa, and very proud of his musical family. His father, Bill is a retired band director and his brother Ben is a band director in Minnesota. Matt’s most important job is helping raise his two beautiful children, Tyson and Shaelyn. Matt is married to his wonderful wife Susie, who shares his passion for the happiest place on earth: Walt Disney World.