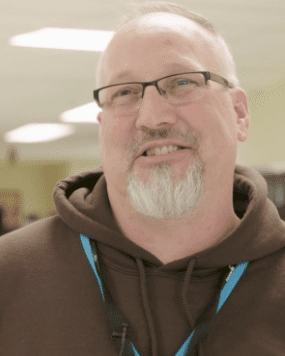 Daniel Wiles has been teaching for over 30 years in the world of pageantry, and has been involved in Drum Corps and Color Guard since as early as he can remember. He resides in Avon, Indiana with his wife Sarah, and their beautiful children Olivia, Aidan and Brennan. Daniel holds a Bachelor of Arts degree in Secondary English Education from Indiana University. Daniel was a member of the Cavalier Cadets from 1980-1984, and The Cavaliers from 1985-1989.

Daniel Wiles is the Artistic Director for the Cavaliers drum and bugle corps and has been for the past four years. He helped orchestrate the ascension of the Carolina Crown Drum & Bugle Corps as their visual coordinator from 2003-2008, and assisted in putting The Troopers back in finals as their visual coordinator from 2008-2010. In 2012, Daniel was the Visual coordinator/Drill designer for the Bluecoats. From 2002- 2004, Daniel served as a member of the WGI instructor task force. He has been a member of the WGI Advisory board for over 25 years! In 2019, Daniel was honored to be elected into the WGI Hall of Fame!