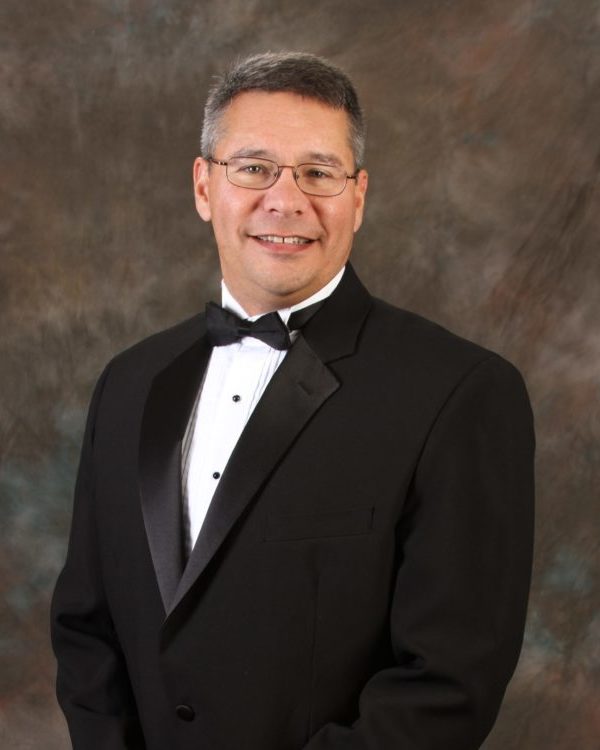 Bob Burns has been involved in virtually every aspect of music: education, composition, business, and performance. Mr. Burns is an Assistant Band Director at Avon High School (IN), where he works with marching and concert bands, small ensembles, and jazz ensembles. Since his start at Avon in 2001 he has also taught music theory, piano lab, 7th and 8th grade general music, and 6th grade beginning band. His cooperation with the choir department includes conducting or playing in the pit orchestra for school musicals and arranging/conducting/playing in the back-up band for show choirs.

Bob’s professional music performance career started in middle and high school. In addition to the usual school band experience, he organized small groups to play at local talent shows, and played in the pit orchestra for school musicals. Later he played keyboards in a top forty band, and then drums in a country/rock band. All the while, he was deeply engaged in the jazz and swing bands in school as a leader and saxophonist. Bob graduated from Glenville State College (WV), where he received AS in Business Technology and AB in Music Education degrees.

Upon moving to Bloomington, Illinois in 1988 to pursue a Masters degree in Music Education, Bob became involved in the world of ballroom dance orchestras of the Midwest. Over the years, bandleaders from all across the east and Midwest have added his name to their roster of players. These bandleaders include Tony Barron (and later under Barry Wagner), Al Pierson, Ronnie Scott, Johnnie Kaye (and later under Dan Stevens), Bobby Layne, Dwaine Muller, Buselli/Wallarab, Roy Geesa, and others. Bob has played behind headliners Marie Osmond and Lou Rawls. He continues to lead Midnight Sanity and other local jazz combos.

In addition to formal college programs, Bob has also received extensive training in piano tuning and repair. Throughout the ‘90’s he worked as piano product specialist in education, sales, and service. He still tunes pianos locally.

Bob started his military career Army Reserve and National Guard in 1984, achieving various assignments, ranks, and awards. Chief Warrant Officer 2 Burns was Bandmaster for the 144th Army Band of the Illinois National Guard until his transfer to the 38th Division Band of the Indiana National Guard. He retired in 2016 after nearly 32 years of service.

He currently resides in Avon with his wife Deb and son David. He is active in his church and other local community activities. In addition to his fulltime career at Avon High School, Bob continues to perform with big bands, jazz combos, music theatre pit orchestras, and various other ensembles.